A Bright Future for Solar – Interview with Intersolar CEO

The solar energy market is heating up, and the future is looking equally bright for solar’s signature industry event: Intersolar. Intersolar is more than an industry conference. With over 20 years in the business of promoting the solar market, Intersolar is now in four continents. After attending Intersolar events, government leaders have introduced ambitious megawatt targets and policies that have created markets—you’d be forgiven for believing there’s a certain magic around Intersolar for creating self-fulfilling market prophesies.

Intersolar North America’s 8th annual conference in San Francisco drew over 500 exhibitors and 18,000 attendees from more than 80 countries. Sustainable Silicon Valley spoke with Intersolar CEO, Markus Elsaesser, at the North America conference about how solar gets us closer to Net Positive energy goals, the uncertain future of the federal solar Investment Tax Credit, and the buzz around energy storage.

Sustainable Silicon Valley [SSV]: What are the key challenges to making the transition to 100% renewables in North America?

Markus Elsaesser [ME]: We’ve been in the business of organizing solar trade shows for 25 years, next year. We saw the whole development starting with a time when there was almost no solar market at all, and we have seen especially within the last 15 years an incredible development in the solar market. It took 15 years to install globally 200 GW of photovoltaic. And now we expect to double this to another 200 within three to four years. This shows how the development went in the past and what we can expect in the future.

We will see an exponential growth in the future. One of the main drivers was that PV was able to bring costs down in the last 10 years alone for a 75%. Now solar is cost competitive in many countries, in many segments, and this makes 100% [renewable energy] communities or cities possible now.

We have a totally different cost structure now than we had several years back, and we expect the same to happen with the storage market: 75% cost reduction in 10 years, doubling the market again in just three to four years in the PV field. This rapid deployment of solar and the falling costs have each been driving [each] other, and we expect again the cost will further go down in the next year. This makes 100% goals now very realistic.

If you look at the global PV production, it’s only 1% at the moment—the contribution of solar to the global energy supply. But we have already countries, like Germany, Greece, Italy, where we have 7% of PV contributing to the overall electricity demand, and so double digits are just around the corner. If you combine this with other renewable energies with efficiency, that makes it possible. Years back we had issues with finance and bankability, but the banks are now familiar with technology; that’s not a big issue anymore. They know how the risks and the quality issues are, so I’m very confident to reach those 100% [renewable] goals in the future, for more cities and regions.

SSV: How do you see the energy market evolving once solar becomes cheaper than conventional energy?

ME: Deutch Bank released a study several months ago and it was their prediction that within 2 years, up to 80% of the global population will be at grid parity; that means that they will find PV cheaper than their current conventional energy supply. We already have many countries with grid parity and as the prices go further down in the next years, we will be in this range, 60 – 80%. This opens up new opportunities for the so-called “prosumers”—who not only consume electricity but also produce on their rooftops. Residential or small commercial application really depends on the electricity rate. If those rates go up and PV further goes down, it opens up a lot of opportunities to install solar. This really will change our energy supply.

SSV: In his speech during the Opening Ceremony, JB Straubel, CFO of Tesla Motors, predicted that it will soon be cheaper to drive electric cars than gas cars. In future conferences, will we see more companies like Tesla, bundling services with EV and storage, or maybe even EV, solar, and storage?

ME: Four weeks back in Intersolar Europe, for the first time the carmakers displayed stationary storage solutions. Tesla was not the only company. Tesla did the big announcement in April for their “power wall,” and also showed this in Munich. But we also saw Mercedes-Benz and BMW there introducing storage systems. For electric vehicles, they have to produce batteries, and now they are looking for economies of scale to build big factories like Tesla did.

But it’s not only stationary storage—we also see cars now with bi-directional [charging capacity]. Two carmakers in our event in Europe showed these cars. You can charge [the electric vehicle] with your PV system and you can power your house during the night from the car. So you don’t have to add a separate stationary storage. Drive it around during the day and power your house in the evening.

SSV: Storage has been a hot topic at Intersolar in Munich and now with the addition of EES at Intersolar North America. Where and when will PV plus storage really take off?

ME: At the moment the pairing of solar with storage in the U.S. is only in the range of .1%, but predictions are that this will go up to 6 – 8% by 2020*. This will bring the whole market from 24 – 40 million last year to 3.1 billion in 2020, pairing solar plus storage. This shows that we are at the beginning of a rapid deployment of storage systems. Nobody really thought that PV prices would go down so fast, and my feeling is that we will see the same with the battery industry. There is so much investment at the moment going in—not only Tesla, but other big players are expanding their production plans, Samsung, Panasonic—so we will see a lot more storage capacity coming online. Price will go down and deployment will go up. If you have these economies of scale, you have the learning curve which brings the cost further down.

The combination of solar and storage is necessary to reach the 100% [renewable energy] goal. In the beginning, when the penetration rate of the renewables was not very high, you didn’t need storage. But at a certain point you have to add storage to the system. It’s absolutely necessary.

SSV: The expiration of the federal solar Investment Tax Credit (ITC) is a hot topic at the conference. What is your take on this and how you predict the industry will respond if it does expire?

ME: It would hit the industry if the ITC would expire at the end of next year for at least 1 or 2 years. The market will go down. We hope that the ITC stays like it is. On the long term, I only see one direction – this is the way up, in terms of installations. There is uncertainty in the industry and for the investors. We will probably see a rush next year of installations. It will hit more the residential sector a little bit more than the commercial. If you look at the distributed segment, for utility scale, it could even be worse. Nobody really knows. It’s not good if there is uncertainty in the market.

SSV: What have you seen or heard at the conference that’s really exciting?

ME: I like especially the visionary talks, like from JB Straubel, how [Tesla sees] the market and how their strategy has really come to a renewable energy market, with electric vehicles and storage systems. It’s a really wonderful vision and they are able to promote this around the globe. [Tesla] really drives the market not only for their company but also for others, because it’s more or less free marketing for a lot of companies, what they did to highlight the potential of storage and solar.

We had another talk on Monday from Tony Seba from Stanford University about disruptive technologies; it was very interesting to hear his views about the solar market, storage market, EV market, and car market. In the future, the babies that are born today will never drive by themselves. [Seba] thinks that at that time, there will only be self-driving cars. It will be easy to just order the car through an app and it will come and bring you everywhere you want. It was very visionary. And also about the combination of solar and storage, to hear how he sees the cost development in the future. One of his predictions was that in about 10-15 years that it will cost about the same amount of money that the typical American household spends now for cable TV to get completely off the grid with the house. I don’t know if this will come true, but I like those kind of visionary approaches. I’m not sure if it really makes sense to go off-grid; it makes sense to have at least micro grids or distribution grids. But it shows the development.

If you look at the energy market in general, it took almost decades to change its structure, and now it’s going really fast. It’s a very exciting time. I am sure that we will see more and more of the 100% [renewable energy] regions and cities. In Europe, a lot of cities and regions have already decided that they want to go 100% [renewable].  It’s exciting to watch these developments.

*References a recent white paper on this topic released by GTM Research and presented at the 2015 Intersolar North America Conference. 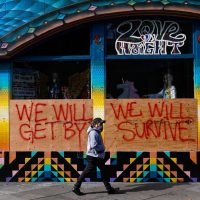 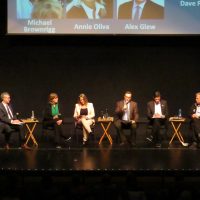 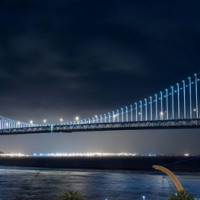 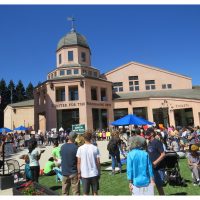 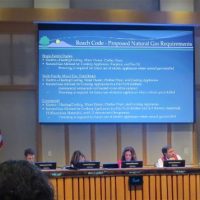 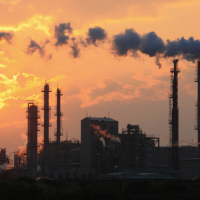