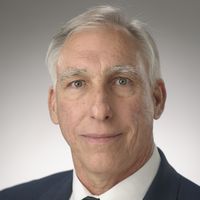 Dr. Strawa is the former Chief of the NASA Ames Technology Transfer Office that ensures that NASA’s investments in pioneering research find secondary uses to support the economy, create jobs, and improve quality of life. Previously, Dr. Strawa lead the Ames Bid and Proposal Office for 5 years, bringing nearly $100,000,000 of new business into the Center. For 15 years, he lead the Aerosol and Cloud Microphysics Group whose long-term goal is the study of the formation, evolution, and effects of aerosols and clouds. The group pursues this goal through a combination of measurements, analysis, and modeling. The group has employed wire impactors and a variety of optical particle counters for airborne measurement in the troposphere and stratosphere and developed state-of- the-art measurement capabilities. Dr. Strawa exploited a technique he developed to discriminate types of polar stratospheric clouds using
satellite observation and developed an instrument capable of measuring aerosol optical properties in situ using cavity ring-down technology. This instrument has participated in many ground and flight missions. It is being used to assess the climatic impact of aerosol, and is being developed for use on remotely piloted vehicles.

He currently serves on the San Jose Clean Energy Advisory Commission. Dr. Strawa is a Catholic Climate Ambassador for the US Council of Catholic Bishops and was Chair of the Diocese of San Jose, Catholic Green Initiative from 2009 to 2016.

Dr. Strawa received a PhD in Aeronautical Engineering from Stanford University in 1986. He has over 45 refereed publications.